The artist writes: My prints document the movement of light over the local landscape, capturing a moment in colour. Regular furrows and pylon lines provide stripes, ploughed fields provide a colourful patchwork and framing this scene are the man-made structures, the rigid lines of fences and the cattle barns, turning the landscape into a geometric study.
I live in rural Aberdeenshire and the weather has a huge effect on the terrain. Some days the fields and stretches of water are lit up by a shaft of bright light and the tones of the colours change completely. When I return to my studio each day, I turn my memory of the composition into a collage or drawing and then eventually into a print.
I love the immediacy of making a monoprint. I like the vibrancy of the oil based ink, building up texture and often adjusting colours by overprinting extra tones to make the hues vibrate against each other. Usually, only at the end, when it is all printed, does the effect reveal itself. For me the simplicity of the work comes from a direct feeling, a response to a moment.
Oxford born, Hetty Haxworth studied at the Glasgow School of Art and has exhibited widely in the UK and abroad. Her work has been shown at the Royal Academy Summer Exhibition, the Royal Scottish Academy and the Royal Glasgow Institute of Fine Arts, The Scottish Society of Artists and selected touring shows to Ohio, Australia, LA, Denmark and Brussels. She now lives and works from a studio in rural Aberdeenshire, Scotland. 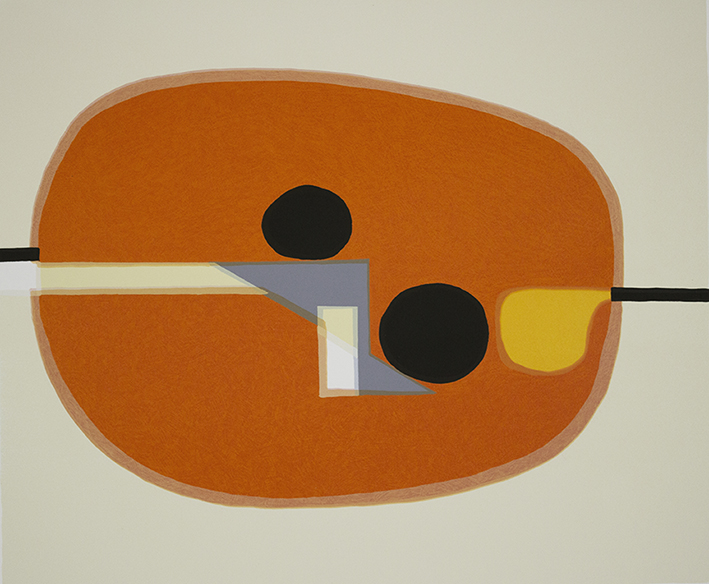 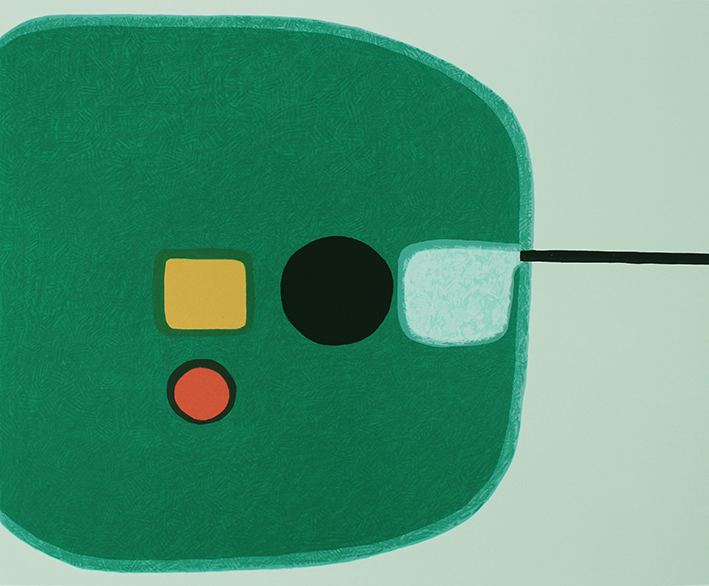 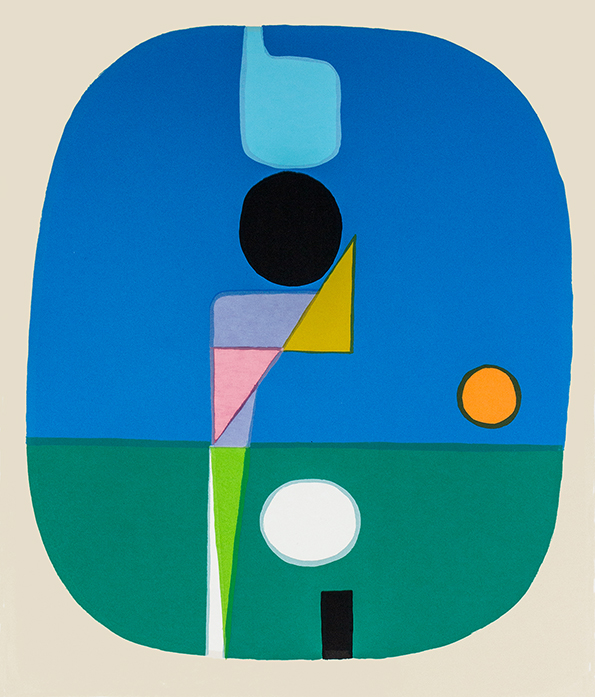 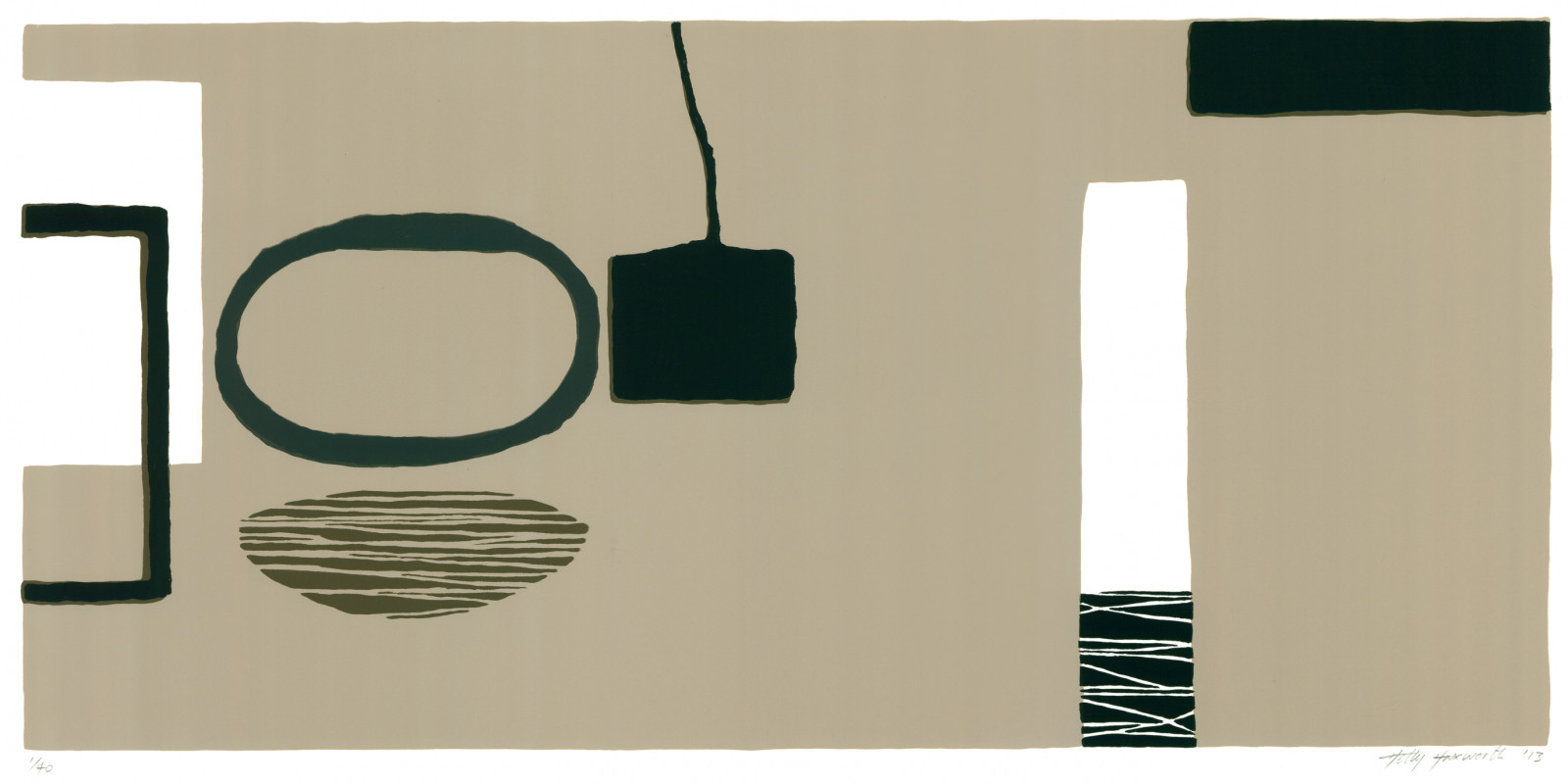 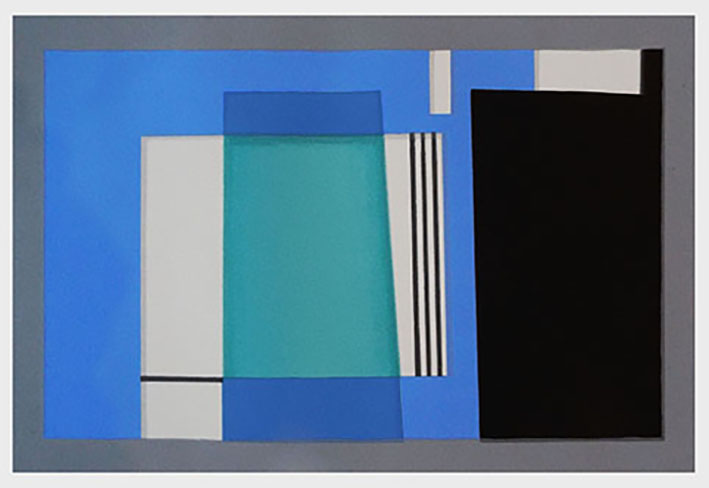 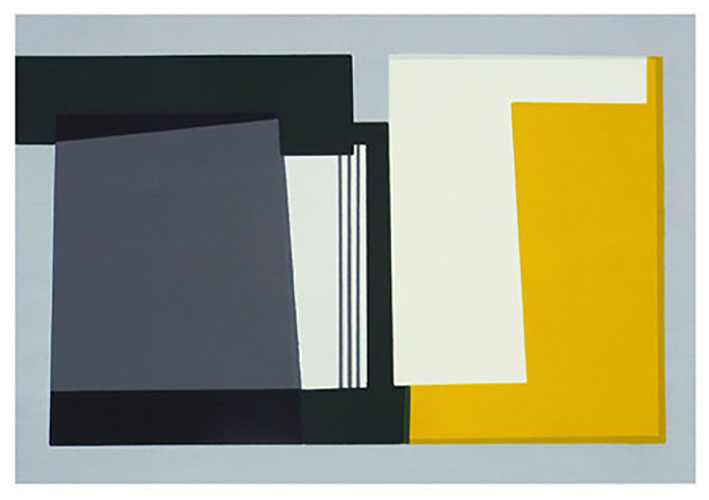 Ian has had a longstanding fascination with technology and architectural forms, these have included structures within industry, agriculture, science, and the military. These in the past have included Goonhilly Earth station, The Lovell Telescope, The Maunsell Sea Forts, and the Acoustic Sound. Ian’s most recent body of work deals with “The Atlantic wall “the WWII German defence system built along the west coast of Europe. These brutalist forms are being interpreted as architectural metaphors concerning boundaries and borders,
Ian is interested in the use of a traditional Print process such as etching being used to record subject matter that is generally at the cutting edge of technology for its time.
The etchings become an extension of his drawing allowing him to record the location through the interlinking processes of drawing and printmaking. The work serves as a visual historical document and record of places that he has visited. 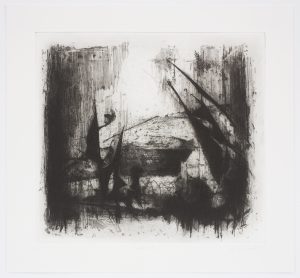 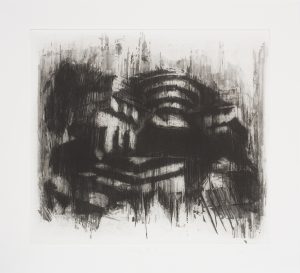 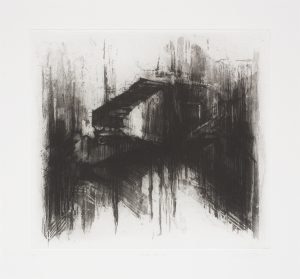 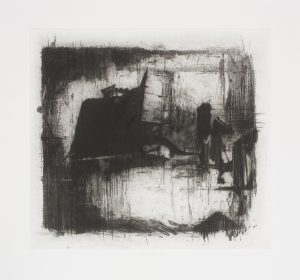 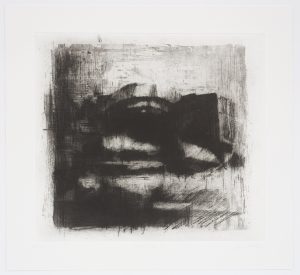 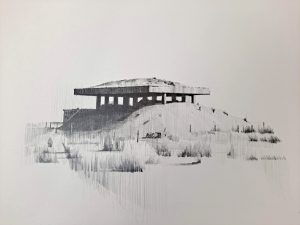 Rhonda Whitehead who lives and works in the Waveney Valley on the Suffolk Norfolk border is an observer of what we so often fail to observe, the minute detail and nuance of natural and built environment. Originally from Australia her career has led her to travel widely taking to the opportunity to study in detail subjects as diverse as the Australian desert, the crumbling walls of Rome and the manholes of Southwold. With a delicate use of colour, layering and texture her paintings and works on paper are a delicate balance between landscape and abstraction.

From a review by Annie Forbes: Since graduating from the Royal College of Art, Rhonda Whitehead has continued to gather steady critical acclaim and it’s easy to understand why. This latest exhibition confirms her as an artist gifted with an acute ability to perceive and record the details and nuances of her observed environment. To walk the length of the exhibition is to experience an extraordinary symphony of colours and textures, creating a sustained meditation on natural change. Everyday instances of decay, such as the gradual weathering of an urban building, or the breakdown of vegetation, are rendered in abstraction, to produce works that are vibrant, unsettling and endlessly absorbing.

In many ways, her working methods are mimetic of the natural cycles of accumulation and disintegration which she seeks to capture. Composite layers painstaking process of edification and erosion. Each is a densely mesmerising micro-world of texture, detail, and perspectival play. Whitehead seizes on the tiniest of details, a section of masonry, a clump of lichen, and scales them up to the result that unfolds like endless terrain. 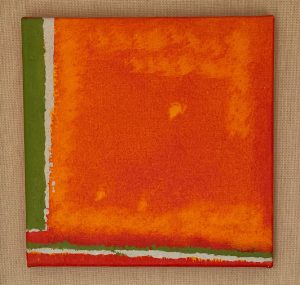 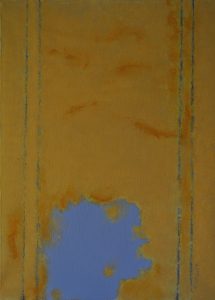 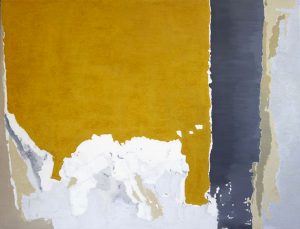