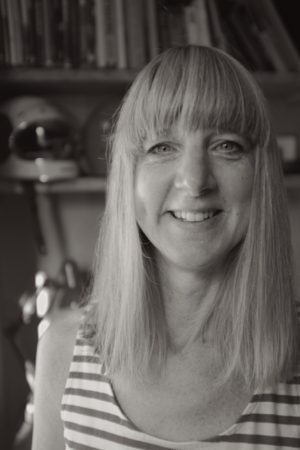 Sarah Duncan is an artist printmaker who lives and works in Bristol. She studied Textile Design and then spent 10 years working within the Art Department in feature films. More recently she passed her Masters degree in Print with Distinction at UWE in Bristol.

Sarah’s work is based on the natural world, and has recently focused on both the cosmos and the sea; she is inspired by our relationships with the remote and inaccessible. Sarah is fascinated by phenomena which appear on the surface to be constant and uniform but on further inspection reveal themselves to be unique, constantly in flux and ever changing. She is influenced by forms and light invisible to the naked eye. Sarah’s practice aims to embed the humanly experienced physical world into the unimaginable enormity of the cosmos. It shares the central aims of science in trying to make sense of the natural world, but focuses on an emotional and embodied response rather than just an intellectual one.

Sarah seeks beauty in the realms of science, astronomy, and microscopy. Optical technology and scientific research allow us to glimpse the unseeable.  Her work reflects on these technological revelations, and tries to grasp what would be unknowable without them. Sarah’s printmaking revels in time and speed, abstracted by telescopes peering into the deep past or microscopes delving into hidden worlds.  Her most recent residency was at Kitt Peak National Observatory, Arizona. Throughout history the night sky has been a screen for our projected dreams.  Her work seeks to reflect this screen, and to find others to illuminate.

All of Sarah’s prints are hand printed using traditional printing methods including etching and lithography.